These ancient dynasties managed to hold on to financial empires and royal thrones for centuries, leaving legacies that have outlived history books. 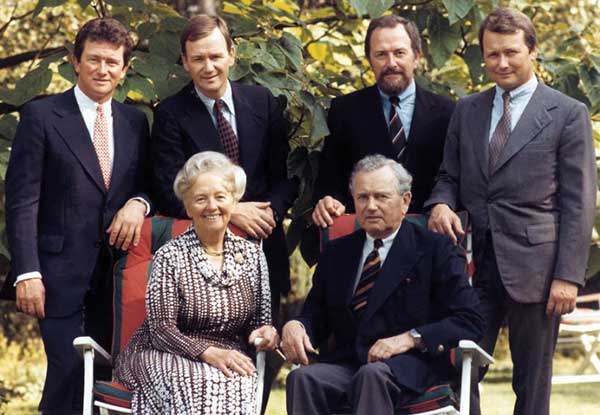 Whether you’re a royalty-obsessed fan or a history buff, you are probably familiar with present-day monarchs such as King Felipe VI of Spain, Grand Duke Henri of Luxembourg and Louis Alphonse, the Duke of Anjou. All three are part of the Capetian dynasty, one of the most influential families in European history. The family — descendants of Hugh Capet of France — dominated the European political scene for five centuries since 987, ruling over Spain, Portugal, Holland, and France at different points in history. Besides being one of the most numerous European royal families, the Capetians are also one of the most incestuous.

A household name, the Rothschilds have been repeatedly called the wealthiest family in human history. Although the center of many a conspiracy theory, the Rothschilds are renowned for their meteoric rise to fame during the 19th century. The family’s founder, Mayer Amschel Rothschild, went from living in cramped quarters in a Jewish ghetto in Frankfurt to establishing an international banking empire seemingly overnight. The keys to his success included doing business with the wealthy and keeping his amassed fortune within the family by partnering with his five sons. Today, the Rothschilds keep a low profile, dividing their fortune among several members of the family and across several sectors, such as finance, energy, farming, winemaking, and mining.

Most of us love a rags-to-riches tale. The story behind this Polish dynasty which ruled for nearly five centuries starts with a humble peasant named Piast. According to legend, Piast was Prince Popiel’s plowman. One day, the evil ruler murdered his family and was eaten by mice as punishment for his acts. Because of his virtuous nature, Piast was chosen to succeed Popiel. By 963, the fourth prince of the Piast line, Mieszko I, was presiding over what was later known as Great Poland. He created an alliance with the Czechs and converted the population to Christianity. After centuries of political division and civil wars, the last Piast ruler, Casimir III the Great, restored the Polish kingdom in 1333. He consolidated the empire by improving its economy and military, codifying the laws of the land, and founding the University of Krakow, which is known today as Poland’s top university.

Often described as a bloody dynasty that produced some of England’s best and worst rulers, the Plantagenets have been famously depicted as warrior kings and queens in blockbuster movies and best-selling books. They are probably best known for outsized personalities such as Henry II, who murdered Thomas Becket, the Archbishop of Canterbury; his wife Eleanor of Aquitaine, who had previously married King Louis VII of France and managed to get an annulment after 15 years of marriage; and their son, Richard the Lionheart, who was known for his great courage in battle and is considered today an iconic figure throughout England and France. In total, the house of Plantagenet ruled for 331 years and produced 14 kings.

The Khans descended from the Mongol leader Genghis Khan, who was able to conquer more territory in his lifetime than anyone else in history. Although he is responsible for the slaughter of more than 40 million people in his conquest of 12 million squares miles of land, he is also known as the leader who bridged western and eastern culture and modernized Mongolia. Because Khan had many wives and regularly raped women in his conquests, he may have fathered hundreds and even thousands of children. A 2003 genetic study suggests that up to 0.5 percent of the world’s male population may be his direct descendants.