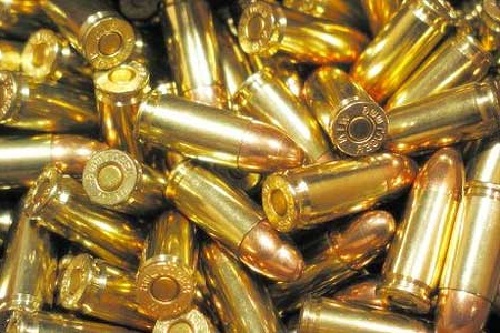 Laws concerning the sale and use of firearms and ammunition vary from state to state. But while the individual states have some latitude to impose their own legislation where firearms are concerned, they all must comply with federal regulations, and this can go two ways. States not only have to make sure their laws are constitutional, which is to say they uphold the Second Amendment right of citizens to bear arms, but they also have to fall within federal guidelines concerning restrictions on firearms. For example, the federal government has deemed that while Americans have the right to own a wide variety of guns, the average person doesn’t necessarily need, say, fully automatic AK-47s. The state of California tends to have a stricter view where guns and ammo are concerned than many other states. So what can you expect in terms of background checks when you try to purchase firearms and ammunition in California?

California is what is known as a “point of contact” state where background checks for firearms are concerned. While some states allow the FBI to handle their background checks using the NICS (National Instant Criminal Background Check System), California uses a more comprehensive system. Since the NICS doesn’t always have access to state criminal records, California allows background checks to be processed by the California Department of Justice (DOJ) using both state and federal databases to ensure that those who are restricted from purchasing firearms are not allowed to do so. Sales must be made through licensed dealers, a dealer record of sale (DROS) form must be filled out, and a 10-day waiting period must be observed before the sale of a firearm can be completed.

In addition, there are a number of caveats attached to background checks. Unless otherwise authorized by the DOJ, purchasers must provide a valid California driver’s license, California state ID, or a military ID paired with permanent duty station orders for California. Consumers looking to buy handguns must be 18 years of age and those seeking shotguns must be at least 21. And even then, the DOJ may delay or stop the sale if there is insufficient information pertaining to whether or not the purchaser is prohibited from buying firearms, or if it is determined for certain that the purchaser is prohibited.

As for ammunition, laws may vary throughout the state. For example, the state of California does not require a license to sell ammunition. But some local jurisdictions have imposed such regulations. And although the state doesn’t require authorization for records of the sale of most ammunition, the AB 962 legislation passed in 2009 does require vendors to obtain a photo ID and a thumbprint from the purchaser when selling handgun ammunition, specifically, and to note the type and amount of ammo involved in the sale (although most commercial sales, say to other vendors or licensed dealers, are exempt). These records must be maintained for five years and supplied to law enforcement officials upon request.

There are, of course, many other laws in place to regulate buying ammunition and firearms in the state of California. For example, there are some laws in place that require face-to-face sale of ammunition, meaning you might not be able to order from online outlets like Diamond K Brass. So before you attempt to purchase a firearm or ammunition as a California resident, make sure you understand the laws and how they pertain to you or your intended purchase. It could save you time, money, and potential legal hassles.