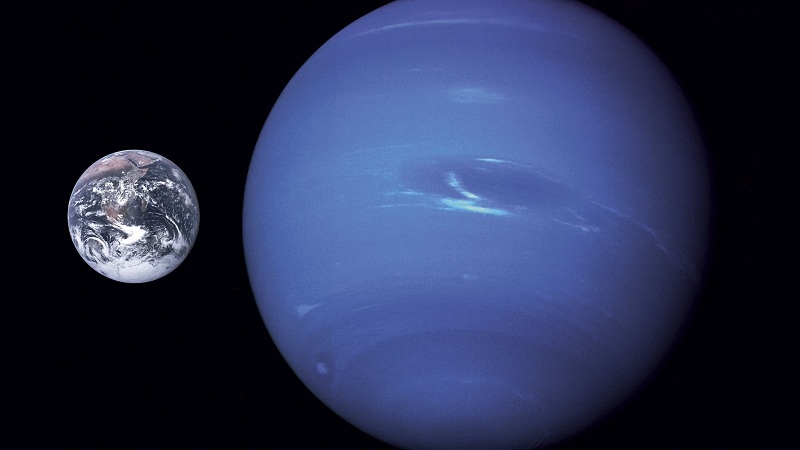 Neptune is one of the planets in our solar system that has received less attention and “love”, both from the media and from the experts themselves, but that does not mean it is a boring world, far from it.

Currently, Neptune remains the farthest planet of the solar system (always in order of proximity to the Sun), since previously it corresponded to Pluto until it ended up in the category of dwarf planet.

As we have advanced in the title in this article we are going to make a compilation with ten amazing facts about that distant world of gas and ice, which as we know shares its name with the Roman god of the sea (Poseidon in Greek mythology). 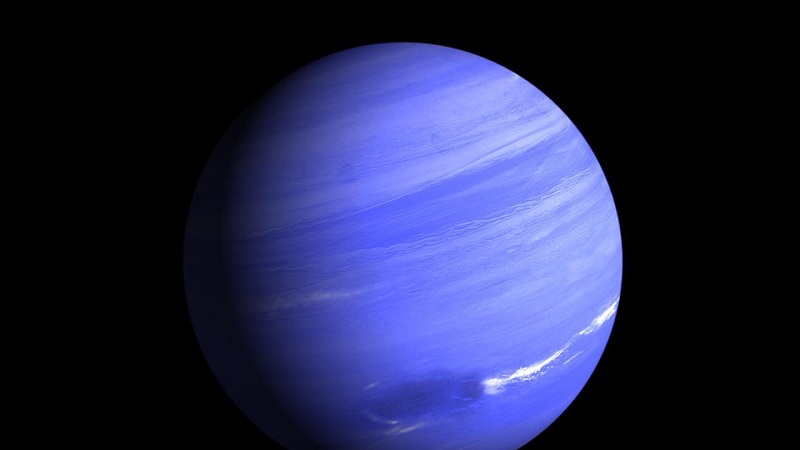 Many believe that Neptune is a pure gas giant, but like Uranus, it presents many differences with those that do fit perfectly in that category, such as Jupiter and Saturn.

The most important is that the lower layers of the planet are composed of large amounts of ice, which has led experts to place it in the category of a frozen giant.

That intense blue color that shows is due to the traces of methane found in the outer peripheral regions. Its temperature can reach up to -224 degrees.

2-It has fourteen moons, one of them with “surprise” 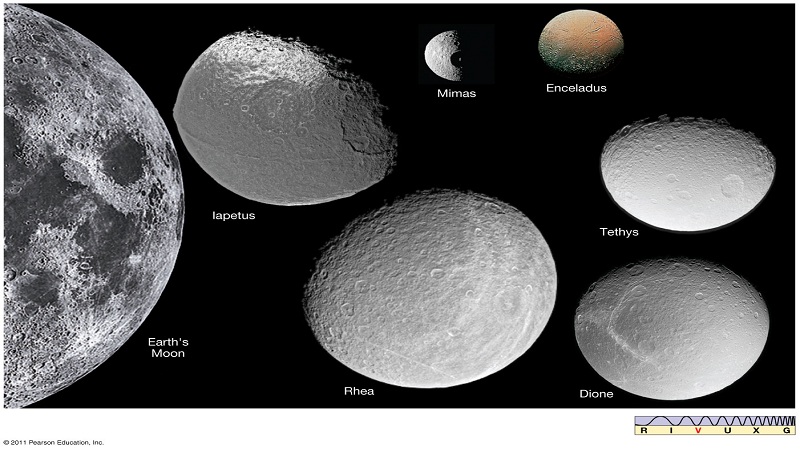 As often happens with large planets, Neptune has a large number of satellites. Experts have identified 14 moons, although the figure could be higher since it has not been definitively closed.

Of those moons, Triton is the only one that has a totally spherical shape and it is believed that originally it was a dwarf planet that ended up yielding to the attraction of the ice giant’s gravity field.

It has been confirmed that Triton is a rocky and frozen body, which makes it something very similar to Pluto, and also has volcanic activity. It is the coldest body of all known in the solar system since it registers temperatures of -235 degrees. 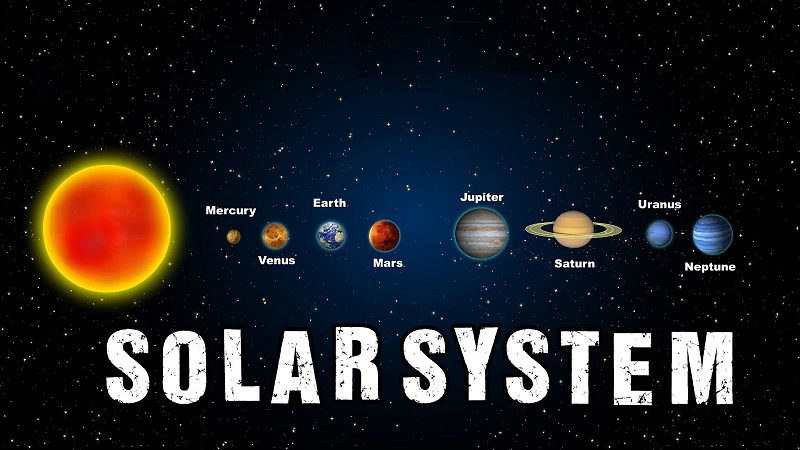 Our bluish neighbor is the farthest from the Sun, but it is also the fourth largest in the solar system (third by mass) and the densest of the gas giants.

Its mass is seventeen times greater than that of Earth, and it is also much larger than our planet, as we can see in the comparative scale image that we accompany.

For you to compare better we give you two data, the Earth has an equatorial diameter of 12,742 kilometers and Neptune reaches  49,244 km.

4-Its gravity is similar to Earth’s 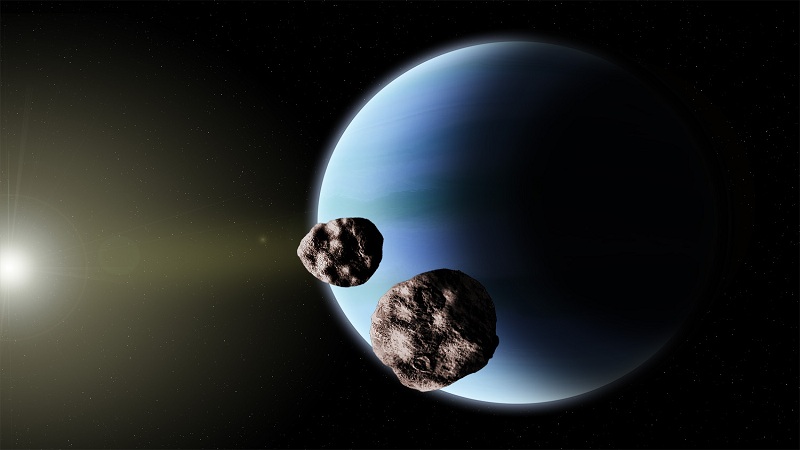 As we said this ice giant does not fit in the category of pure gas giant, but it has things in common with those, and one of them is that in theory, we could not step on its surface, we would sink until we reach its solid core.

However, that force of gravity that would attract us to the core of the planet is very similar to the one we have on Earth.

According to the most recent studies, the severity of Neptune only surpasses that of the Earth by 17 %. This is possible because although it has 17 times more mass is also four times larger (in diameter), which means that this mass is distributed and not so concentrated. Continue Reading –  Mega-Earth – A Whole New Class of Planet

5-It has the most powerful winds in the solar system 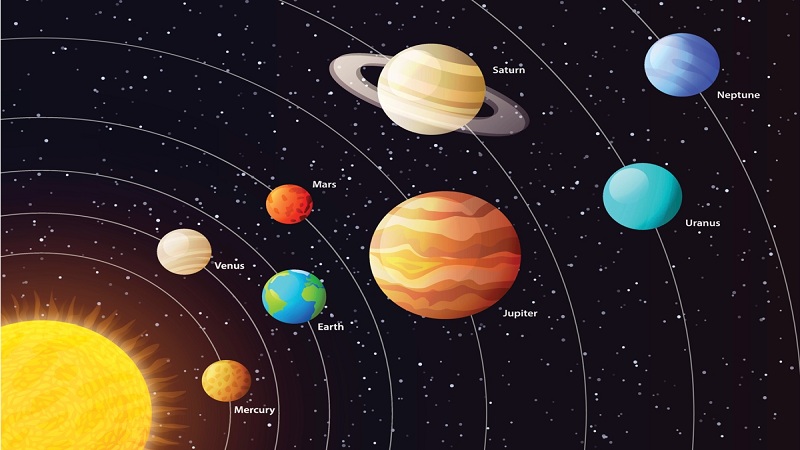 That is the speed they reach in Neptune, and according to experts, it is possible due to the low friction that exists in the planet’s atmosphere, due to low temperatures and the continuous flow of gases.

6-One year in Neptune is equivalent to 165 Earth years 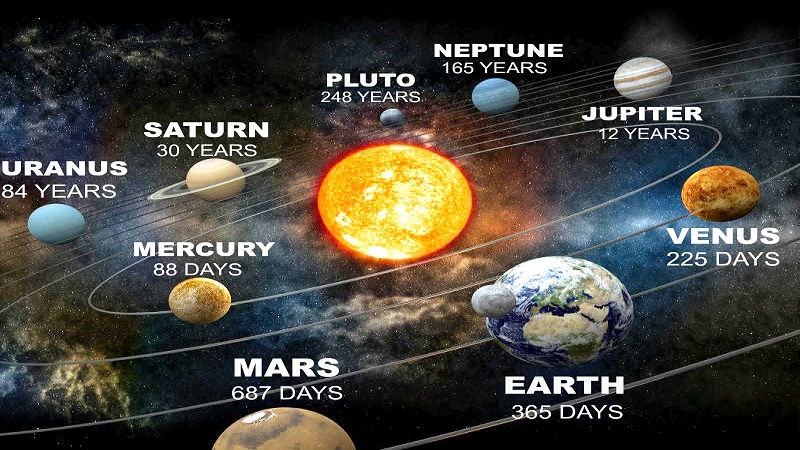 The year in our blue neighbor, understood as the time it takes to complete a round around the Sun is equivalent to 165 years on Earth.

This means that a human would not live a full year in Neptune, and following the current average life expectancy would not even reach the Neptunian half year.

However, a day lasts just 16 hours and 6 minutes, due to the high speed of the planet on its own axis. A day on Earth lasts 24 hours, so we can clearly see the difference.

7-It has rings, but very faint 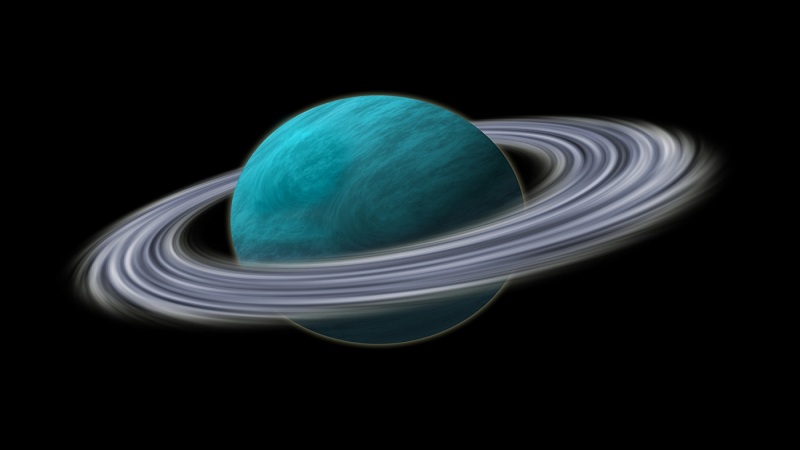 Like other large planets like Jupiter, the planet of the sea god has rings, although they are very faint and weak.

They are composed mostly of particles and traces of dust and rock, with a carbon base that makes them more like those of Jupiter than those of Saturn or Uranus.

In total, five rings with very different sizes have been identified. The smallest ones are around 100 kilometers wide, while the largest ones reach 5,000 kilometers.

8-Its climate is extreme and very active 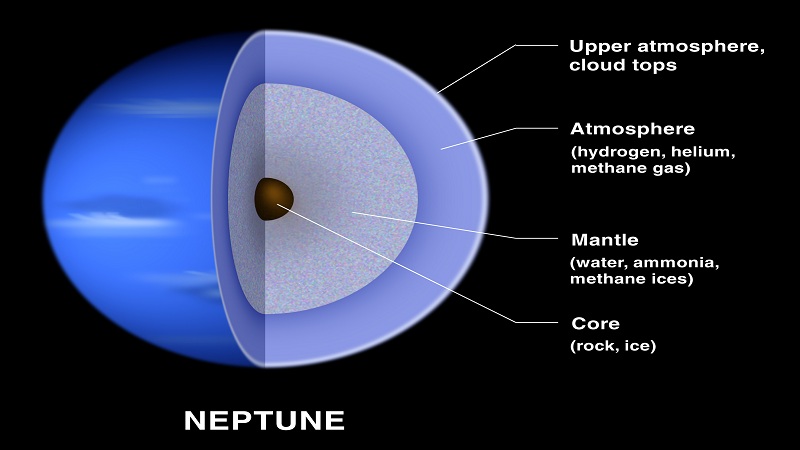 The gas giants are characterized by very active and large-scale storms, and in this sense, Neptune is no exception.

We have already seen that its winds can reach 2,400 kilometers per hour, but also have identified areas where huge stormy clusters of impressive consequences are caused.

One of them was called “The Great Dark Spot”, an area that was compared with the “Great Red Spot” of Jupiter, but that eventually ended up being assimilated as a great depression of the atmosphere of Neptune.

Its size was similar to that of Earth.

9-It is small “unknown” even for experts 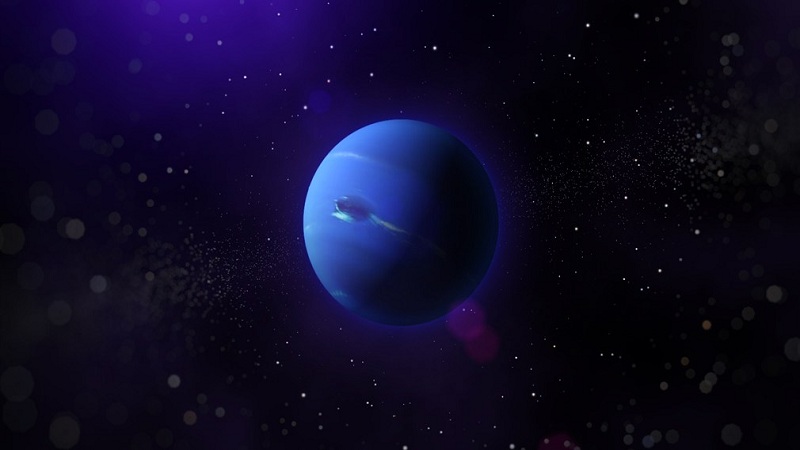 It is clear that we know things about Neptune and that it is not a complete stranger to us, but until 1989 the data we had on that planet was minimal.

This year was marked by the visit to the planet of the Voyager 2 probe, which helped us to get to know this gas giant a little better and to obtain important data and information.

However, there have been no subsequent missions to continue with his study, and even today there are no plans to do so. 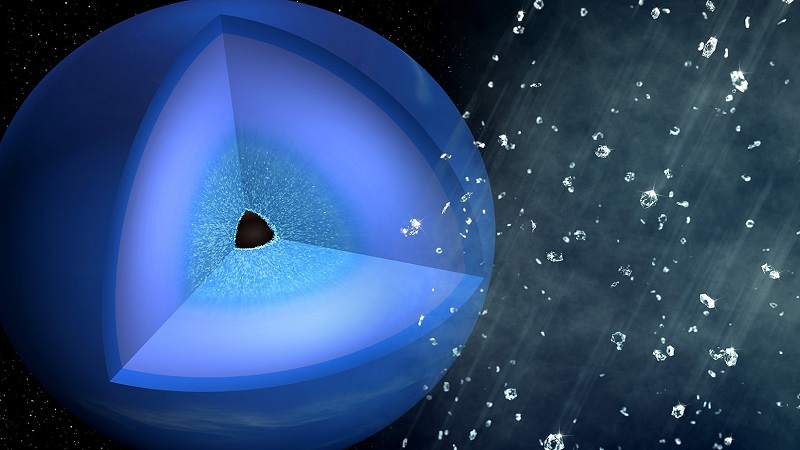 We know that it is the last planet in the solar system and that therefore it takes a long time to reach it, but do you know how much?

We can not give you an exact figure, but at the time the Voyager 2 mission (launched in 1977) took 12 years to arrive. New Horizons, launched in 2006, took nine years to reach Pluto, which is still further away than Neptune.