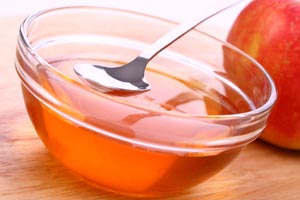 Ignoring the different parts of the syrup can lead to failure of a recipe, but knowing that you make sure everyone is that everything goes perfectly. Learn to distinguish in this note.

If we make syrup, unless the prescription is written for us other quantities, we must calculate one part water by two of sugar. These ingredients are mixed in a pot and brought the fire; You can stir every so often, but when it begins to boil, stirring must, as the preparation will crystallize.

The syrup has a variety of uses; sauces, preserves, ice cream, meringues, liquor, etc; depending on the recipe but different points are obtained, which must be known so that correctly apply.

The different parts of the syrup you can accomplish with this recipe are:

It is when we boil the sugar dissolved in water for about 5 minutes. Point is sometimes called yeast.

How do you know when it’s ready ? If we dip a spoon, a thin film that covers the hole is formed.

Syrup, as we cook, is changing its texture. At this point we recognize to remove some syrup with a spoon; cool it a little, dip the index finger and thumb together and to separate them, a thin strand is cut immediately is formed.

Another way to recognize it is to get a scoop and dump from above, until finally dropping the syrup forms a thread that is cut and up.

The same operation as in the previous syrup, but this time the thread is not cut immediately, it is more consistent, since the liquid is slightly thicker.

If we raise the syrup with a spoon and we pour from the top, the fall is like a thread that holds without breaking .

If we put water in a cup with a little syrup into a ball, that when touch is soft forms , and can be given the desired shape with the fingertips. Often it used to fondant or soft candy.

If we repeat the above procedure, which will form the pellet will be much harder, it will not be deformed, but still pliable. It is used for hard candies.

With a spoon, take some syrup and pour on a marble surface or similar. If the drop is rather hard, it has reached the point, but did not take color. Fire should be removed immediately after achieving the desired tone and use it right away. Often it used for pastries, cakes and covered fruits, also for bathing pudding bowls or custard cups.

Tips : If we find that the syrup we missed the point that we need, we can fix it by adding a little water to continue cooking until achieving the desired point again.

The syrup for dipping biscuits, savoriness, nasturtiums, etc., is used when it is still hot. The cupcakes or prepared to go to bathe in them should not be completely cold.