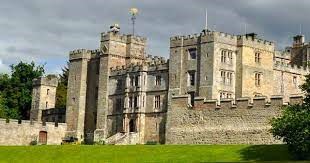 The subject of ghosts is a divisive one – many people believe in ghosts, and many absolutely don’t (Of course this is in reference to the types of ghosts that are haunt areas and buildings all over the world, not ghost car alarms like these www.mphvehiclesolutions.co.uk/ghost-vehicle-security or even the spirits found in bottles!) Some people sit somewhere in the middle and are just not sure what to believe. But even in these times of science and evidence, the existence of ghosts is something that still endures.

In the UK there is a lot of history, and with thousands of years of historical events, old buildings and ancient sites, it is little wonder that so many ghost stories still abound. If you want to go out ghost hunting for yourself, here are some of the spookiest stories in the UK…

Prestbury Cheltenham – To start off, nestled in the quiet Cotswolds countryside is a village that is renowned for its many famous hauntings. Prestbury in Cheltenham looks like a picturesque little village that is like many others in the area, but has many resident spooks. From the Black Abbott who roams the graveyard of the church, to the Burgage, the street in the town which has ghosts going back to the civil war days. Many report the sound of horse’s hooves, said to be the ghost of a doomed cavalier messenger riding to his death. 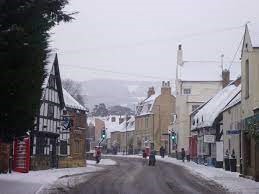 Pluckley Village Kent – Another contender for most haunted village in England is Pluckley in Kent. Like Prestbury it is a pretty little village that doesn’t look different to many others. But it has many local ghosts, including a woman known locally as the watercress woman. She is said to appear on a bridge where she sits and smokes a pipe! Other ghosts include a highwayman who hides in a tree, the body of a school headmaster who hanged himself which appears in the spot where it happened and the Red Lady who haunts the churchyard.

Chillingham Castle – Many people say that this is the most haunted castle in England. It was built in the 12th Century and like many castles has a turbulent history. Some of the ghosts here are friendly whereas others are less so. They include the blue boy who is said to be in one room of the castle, many witnesses report seeing blue light in the room. Another is a ghost who resides in the pantry and has appeared to people begging for water. 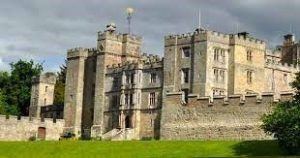 Buckland Abbey – Beautiful Dartmoor is famed for its many local myths and legends. One of these is the ghostly goings on at Buckland Abbey. It was owned by Sir Francis Drake whom many of the local people feared believing that he had made a deal with the devil. It is said that his ghost haunts the Abbey and the surrounding countryside, riding in a black coach drawn by headless horses.