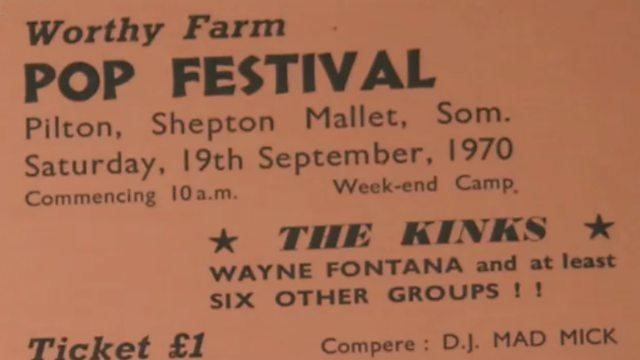 If you ever need a nice bit of trivia pub ammo the first ever track performed at the Pilton Pop festival or Glastonbury as it was to become known, was Deborah by Tyrannosaurs Rex. This was when Marc Bolan was more an acoustic folk kind of guy rather than the flamboyant king of Glam that he was to become later in the seventies.

This was 1970 and it was the very first Glastonbury held at Worthy farm, Pilton in Somerset. It is now an annual event, save for the “fallow years” when the site, the local populace and its environment take some time to recover. It is reported to be the biggest greenfield event on the globe with up to One hundred and seventy five thousand people attending it. Such a large number of people will require Event Medical Cover. If you are holding a similar event you can get event medical cover from Outdoor Medical Solutions 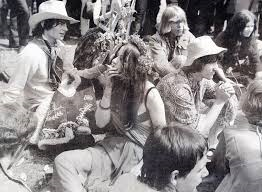 The origins of the festival don’t lie at the farm. The town of Glastonbury, with its Tor, Abbey and links to Arthurian legend has always been a place that has attracted those of a more bohemian and alternative lifestyle. This was certainly true of the “summer school” that was to run between the years 1914 to 1926 by the classical composer Rutland Boughton. This was a series of modern composers and playwrights in a range of lectures, recitals and shows of new talent.

The proper start of Glastonbury as we know it comes from the Worthy Farm Dairy owner Michael Eavis. Born in Pilton, Eavis was at the Bath Festival of Blues watching an open air performance by Rock Gods Led Zeppelin. The young Eavis decide that this was exactly what he should be having on his farm and so the Pilton Pop, Blues and Folk festival was born on the 19th September 1970! It was a huge hippie event to say goodbye to the sixties and welcome in the 1970’s. It drew one thousand five hundred people. It wasn’t free, it cost you a pound to get in, the free part was that people were able to show free expression, wear what or, if they felt like it, nothing at all. This is a marked change from the current price of £248 and £5 booking fee and the lack of clothes is now frowned upon. Although, there are still remains of the original festival with the reoccurring Greenfields and Healing fields’ site where you can get all the free expression you want.