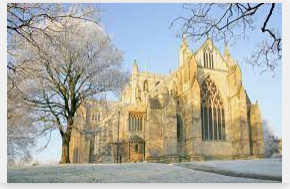 Ripon is the third smallest city in England, but don’t let that fool you. Visitors flock to the area each year to visit the city, its magnificent cathedral and take a trip to one of the two nearby World Heritage Site – Studley Royal Park and Fountains Abbey. If you are looking for Things to do in Ripon take a look at https://www.localthingstodo.co.uk/locations/things-to-do-in-ripon/ to get some ideas. 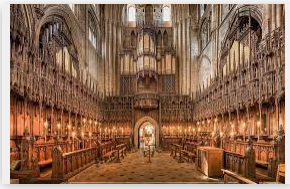 The Cathedral was built in the 600’s and many of its original features can be seen in the more modern architecture that saw the cathedral being renovated and added to over the years. It is thought to be one of the oldest Christian religious buildings in the country and more and more is being found out about the Anglo-Saxon settlements in the area, which shines a light on what life in the past was like in Ripon.

Over 100,000 people visit the Cathedral each year. Some to worship and others to view some of the spectacular architecture that can be seen. The crypt is the oldest part of the cathedral and was one of the first components built back in 672 by Saint Wilfrid wzo founded the cathedral.

There are many wooden carvings that can be seen in the quire and are one of the architectural features that many visitors want to see. It is believed that some of the carvings actually inspired the characters from the classic children’s novel – Alice in Wonderland.

Advantages Auto Beauty Business Car Child College Computer Education Family Food Hair Hair Care Health Health tips Helpful Tips Hiring Home Home Improvement homemade Home Remedies How How to How to make Ideas Insurance Law Lawyer Making Maternity Photographer Newbies Organization Parents Purchase Shopping sleep Supplements techniques Technology Tips Tips And Tricks Travel Traveling Wedding What is
We use cookies on our website to give you the most relevant experience by remembering your preferences and repeat visits. By clicking “Accept All”, you consent to the use of ALL the cookies. However, you may visit "Cookie Settings" to provide a controlled consent.
Cookie SettingsAccept All
Manage consent