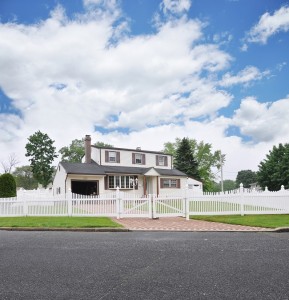 There has been a lot of social stigma building around asbestos for the past few years, and for good reason. But what exactly are the dangers of asbestos? Below you’ll find everything you need to know about asbestos exposure, including information about who may be at risk.

Asbestos is a natural fibrous mineral that has been used by mankind in a variety of capacities for hundreds of years. Historically, asbestos has been widely used because it has several special properties that make it very durable, resistant to fire, and almost completely immune to several of the most common chemical reactions that can create environmental decay. Between all of these advantages, it’s easy to see why asbestos has been used so often and for so long.

Between 1940 and 1990, asbestos was mined and used more than any other time in recorded history. One of the most common uses of asbestos was in construction. Asbestos was added to cement, insulation, textiles, floor tiling, shingles, and virtually every other part of millions of homes inside and outside of the United States. To this very day, the EPA estimates that asbestos can still be found in more than 130,000 schools around the nation.

The Risks of Asbestos Exposure

During the past four decades, asbestos has shown its true colors, so to speak. Today, we know that asbestos is one of the most dangerous materials ever used in such a widespread capacity. It has been linked to a variety of respiratory conditions. COMMON HEALTH PROBLEMS DUE TO ASBESTOS exposure include asbestosis, pleural effusions, pleural plaques, lung cancer, and mesothelioma. Of all the asbestos related conditions, mesothelioma is undoubtedly the most severe. It is a rare and incurable cancer affecting the lungs and abdomen, and can take anywhere between 15 years to four decades to manifest. Worse still, it’s possible to contract mesothelioma from virtually any amount of exposure to asbestos.

The way asbestos attacks the body is through the lungs. When asbestos products are left undisturbed, the dangerous properties of asbestos remain relatively inert. However, the moment asbestos becomes friable, meaning easily broken, it can enter into the air and become inhaled or ingested. Once it enters the air and is breathed in, it remains trapped in the lungs, leading to one of the many serious asbestos-related conditions described above.

The odds of you developing a serious condition from asbestos exposure largely depend on the degree and duration of your exposure. That isn’t to say that asbestos is safe with only minor exposure. According to both the United States federal government and the British government, there is no safe degree of asbestos exposure. There have been cases of mesothelioma linked to those with as little as one month of working around asbestos.

Because asbestos was so widely used for so many years, particularly after the Second World War, older buildings are often a secret haven for asbestos. If you and your family live in an older building, you may be at an increased risk for asbestos exposure. It’s important to keep in mind that asbestos in your home might not necessarily pose an imminent threat to your family. Contact with well-maintained asbestos which remains undisturbed is not necessarily dangerous. This is because asbestos is only hazardous once inhaled. Many forms of asbestos, including asbestos floor tiles, are not usually friable if left to their own devices. However, given the very severe risks of asbestos exposure, it may be difficult to rest easy knowing that asbestos is in your home.