The Oxford shirt never seems to go out of fashion, so let’s take a look at why it is a menswear must-have. 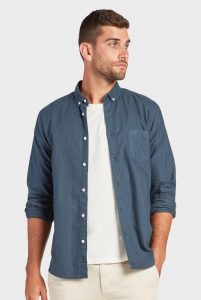 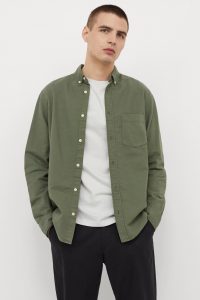 The Oxford shirt was created in Scotland in the 1800s and named after one of the most famous universities in the world. Four distinctive shirt styles were created at this time; however, the Yale, Harvard and Cambridge designs have not lasted as well as the Oxford.

The Oxford shirt started as a formal garment but has become less so over the years. It is less formal than a dress shirt but looks smarter than a linen or short-sleeved shirt. The Oxford shirt is a great smart-casual choice and is often worn by men who are looking to impress a date or get into a smart club without overdoing it in a formal shirt and tie.

How can Oxford shirts be worn?

Oxford shirts can also be worn to the office and are great to wear in a smart-casual environment without a tie. If you opt for a smart Oxford shirt, such as one of the mens Ralph Lauren Oxford shirts, it will look great as part of a more formal outfit with a suit and tie.

Why is it a menswear must-have?

The Oxford shirt is a menswear must-have because it is so versatile; for example, it can be worn to the office with a suit and tie and then for after-work drinks by simply removing the tie and suit jacket and untucking the shirt. In this way, you will be ready for a few beers, a meal, or to dance the night away.

Oxford shirts look good for every occasion, which is why many men keep a supply of them in their wardrobe. Stockists such as EJ Menswear have them available in lots of different colours, meaning that the wearer can pick out a suitable shirt depending on his mood.

It is no wonder that the Oxford shirt has been fashionable for so long and it doesn’t appear that this will change anytime soon.