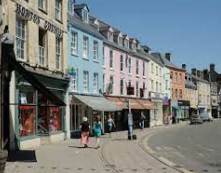 The UK is well known for its little Market towns nestled within its green and wooded countryside. One of these picturesque towns is Cirencester. Located in the county of Gloucestershire it is generally accepted as the capital of the Cotswolds, a long running range of Hills that stretch from Chipping Campden in the North to Bath in the south. This is a special place and many people look to Conveyancing Cirencester based experts https://www.montpellier.legal/conveyancing-solicitor/cirencester-conveyancing/ to secure a move there.

Cirencester has been a site of habitation since Roman times. When the ancient Dobunni tribe moved down from the local hills to settle there when they joined the Empire it was called Corium and grew to be the second biggest Roman city in Britain for time. If you go down 6 feet anywhere in Ciren you find Roman remains.

It continued to be a large town through the Medieval period. This was when its great parish church was built, encompassing a town hall as well. The market place is a classic medieval design with thin entrances to keep in sheep and cattle for sale.

It has plenty of boutique coffee shops and major retailers like Tesco and Waitrose within its borders and Aldi and Lidl too. It has also managed to retain bank hub branches for Lloyds, HBOS, Santander and NatWest. For leisure it has the old Abbey Grounds and the privately owned but accessible Cirencester park to roam in.